What your are sharing

They are murdering coronavirus patients

They are murdering coronavirus patients

Nicole Sirotek reported that several COVID-19 sufferers are dying not from complications of the disease, but from incorrect treatments and alleged neglect.

“I do not know what to do”. An American nurse recorded a desperate account of the situation she faces every day in a New York hospital , one of the global outbreaks of the coronavirus pandemic , in the face of deaths that, according to the complaint, are not only due to the virus, but due to lack of treatment and even negligence, especially with African American patients.

“I know that not everyone is going to survive, I am not so innocent. I know we will have many victims. But these people are not dying from coronaviruses (…) I am literally telling you that they are murdering these people. And nobody listens to me, ”said Nicole Sirotek , who worked until a few days ago at the Elmhurst hospital in Queens , one of the most affected areas of the metropolis. Sirotek , in a 24-minute video, detailed several examples that he claimed to have witnessed in which treatments were applied that ended up killing patients, such as incorrect intubations or defibrillations at inappropriate times. “I saw an anesthetist put in an ET tube and break his esophagus and the guy suffocated to death with his own blood. The coronavirus did not place that tube incorrectly, “he indicated. In addition, he claims that he has complained about the situation, but his complaints have not been heard.

“Even support organizations don’t give a shit about these people. Literally, the lives of blacks don’t matter here. And, I mean, it is quite sad that someone who is white and lives hundreds of kilometers from this city cares more about these people than those in this city, “said Sirotek , a Nevada nurse who came to help with the crisis.

“Nobody cares because they are all minorities and we are in the damn ‘neighborhood.’ And that’s not right. I grew up very poor and I know what it is to be completely forgotten and that nobody defends you, ”he lamented. In Queens , a disproportionate number of those infected are African-American and Latino, mostly essential workers who had no option of staying home.

Sirotek , who has been working as a nurse for a decade, even drew a comparison with the Holocaust . “The only way to put this in context for everyone is, and this is going to be a kind of extreme example, this is really the only thing I can think of. It is as if we are in Nazi Germany , and they take the Jews to put them in a gas chamber, I am the one who says ‘hey, this is not good’. We should not do this. “

In this sense, he also criticized the attempts at understanding that he receives, since he considered them insufficient. “So everyone says to me, ‘Hang in there, you’re doing a great job. You cannot save everyone. You are amazing. You are a great nurse. ‘ Guys, I know I’m a damn great nurse. I know I go there and I give him 500% every day. I know I am not being negligent. Okay, I know, dammit. What I need is someone to help me save these people from being killed. From gross negligence and complete medical mismanagement. And nobody is listening to me, ”he claimed. 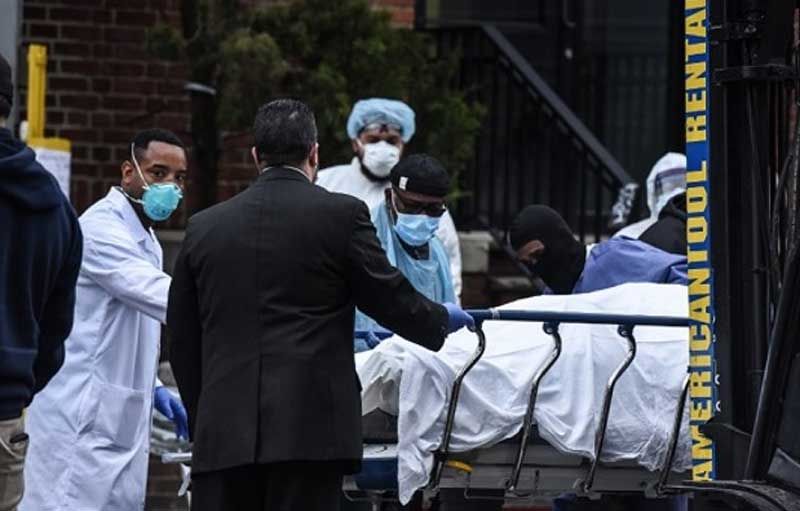 The state of New York has reported more than 330,000 infections and 25,436 deaths. Although the authorities affirm that the health system has resisted, since the number of hospitalized has always been below the capacity of beds, in several hospitals the situation has been serious and the patients have not always received the necessary care.

At the moment, authorities at Elmhurst Hospital have not responded to the allegations made.

The first drugs against the coronavirus arrive